A special anniversary photoshoot at The Market at Grelen

I get asked to take part in many special moments and events – engagements, proposals, weddings, birthdays, and so much more. It is an honor to receive an invitation to capture such precious memories that will last a lifetime. So naturally, I found myself overjoyed when given the opportunity to shoot this special two-year anniversary at The Market at Grelen. Mia and Hunter were married at The Market at Grelen in June of 2018. But unfortunately, it down-poured right when they did their first look. They had to move their entire day under the tent and missed the opportunity to take photos throughout the orchards and the extensive, beautiful property. So when Angelica (their 2018 wedding planner) reached out to me and asked if I would capture their anniversary session at The Market at Grelen, I wanted to surprise them with something really special!

A secret surprise for a special occasion

I called Hillary at Vessel + Stem in Richmond and asked if she would create a “flower cloud” to hang between the rows of peach trees in the orchard at The Market at Grelen. Then I secretly had her set it up while Mia and Hunter were getting ready for the photoshoot. When they arrived at the orchard, they were completely floored at the stunning floral display! With their picnic supplies and the bottle of champagne I gave them to share, they snuggled together under the cloud, which made for the most romantic afternoon.

Classic neutrals and a stunning orchard

These photos turned out so beautifully. Mia and Hunter wore classic neutrals, which allowed the beauty of the orchard to really pop. The soft shades of the flower cloud were the perfect accent to this stunning anniversary photoshoot at The Market at Grelen. I am so happy Mia and Hunter were able to take these romantic photos at their venue two years after their wedding day. I loved getting to capture their love and surprise them with a special anniversary shoot. 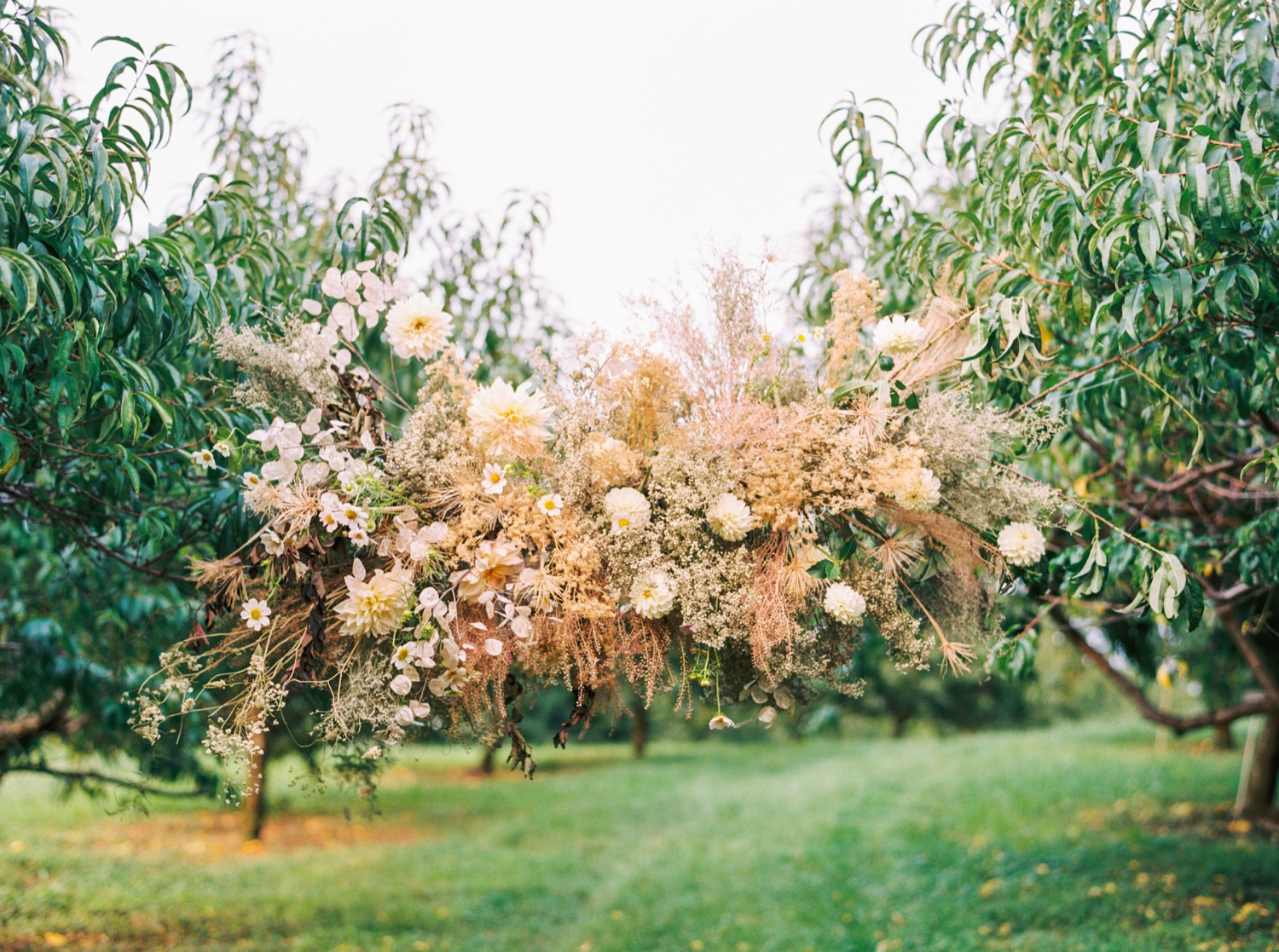 LOOKING FOR ARTISAN IMAGERY AND A BOUTIQUE PHOTOGRAPHY EXPERIENCE FOR YOUR LUXURY WEDDING DAY?

« A Styled Engagement at Daughters of the American Revolution an artisan approach to your most important Memories.

LEARN MORE ABOUT MY OFFERINGS